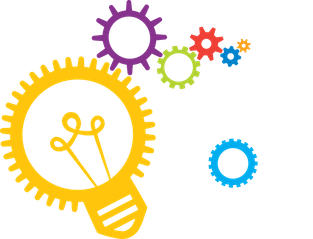 From May 2017 until December 2020 we leased a building in Withywood, south Bristol, and ran it as a community arts centre called Creative Workspace.

Creative Workspace provided affordable rehearsal space for Bristol artists. We ran school holiday creative workshops for families, and brought in a host of local artists of all disciplines to help us run these activities. We brought high quality family theatre made by south west companies. We established regular weekly groups for local families with babies and pre-schoolers. We ran a community cafe for a while there too.

We provided work experience for local Year 10 students. We had interns from Bristol University. We provided employment for local people in the cafe, and provided volunteering opportunities for local people too. Other youth organisations including the hospital tutor used us as a hub to support local young people. We had a film licence and did relaxed family film screenings.

We exhibited photography by Bristol University students and artwork by local artists. A little boy aged three discovered for the first time at Creative Workspace was a paintbrush was, and painted for three hours solid.

We did all this and very rarely took any kind of remuneration for our work. Most of the time there were just two of us taking the bulk of the work, from funding applications to programming, marketing events, staffing the cafe and sometimes facilitating events. This was just starting to change in 2020. But unfortunately the Covid-19 pandemic made the possibility of us continuing impossible. In April 2020 we made the very difficult decision to leave this project behind.

We are very proud of what we achieved at Creative Workspace, and thank everyone who supported us. The companies, artists and organisations who hired us. The people who attended events. The volunteers. The cafe staff. Thank you.

and what they made at Creative Workspace

George & the Flight of the Imaginees

The Children in the Moon

Too numerous to mention, but highlights for us include:

screams of delight when the Chinese Lion Dance team from Bristol University came to perform. We had to borrow a minibus from Fouracres Primary and then find a volunteer mini-bus driver to get them to Withywood. It was totally worth it.

a child initially refusing to even get out of the car, but by the end was in the front row of a sensory performance "Be Not Afeard" by Collar and Cuffs Theatre as part of Bristol Shakespeare Festival in 2019.

local families initially coming in just for the cafe, but ending up getting involved in European clowning workshops.

small children peeping through the door when Swing Circus were rehearsing and being utterly transfixed.

an 80 year old local lady coming every week to a Creative Dance session and getting fully involved.

We could go on.

We've no regrets. Amazing things happened here and we're very proud of everything we made happen in that building in Withywood.