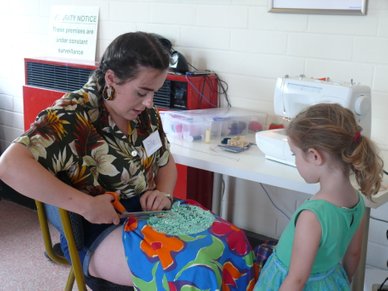 Way back in January of this year, I applied for an internship with Bristol Hubs, a student-led charity network which offers the opportunity to be placed with a local company over summer for an internship. I was offered a placement working with Brave Bold Drama, and despite having not heard of the organisation before, as soon as I read about what they do I knew it was the right fit for me. Growing up, I was lucky enough to have been given opportunities to engage with the arts, and I strongly believe those opportunities had a hugely positive impact on the development of my creativity and confidence. As I read about Brave Bold Drama’s commitment to encouraging and facilitating community arts engagement I knew this was the company  I wanted to intern with. Fast forward to July and I started my internship, excited to start working for a company which shares my passion for bringing creativity into every community.

Having met with Gill before I started the internship, I knew I would be managing the social media and marketing for the promotion of the summer programme of events at Creative Workspace, the community arts centre where Brave Bold Drama are based. I also knew I  would  be helping out at Creative Workspace on several workshops. I was also, as an extra, offered the opportunity to help deliver some imaginative play sessions working with the Gypsy Roma Traveller community in collaboration with the local Children’s Centre. We visited a council-run Gypsy Roma Traveller site close to Creative Workspace three times, and provided opportunities for them to paint, which led to the creation of artworks ranging from carefully coloured-in princesses to a piece of paper painted entirely purple! Gill also produced plain tote bags which the children could decorate using fabric pens and felt shapes, which many of the children used to store their artworks at the end of the session. It was wonderful to see some of the children begin to come out of their shell and have fun getting creative in the sun.

The first workshops I helped out with at Creative Workspace were the Illustration and Animation Days, facilitated by animator Dan Templeton and illustrator Chris Harrisson. The children designed and illustrated their own characters, before creating a stop-motion animation. No two characters were the same, and with imaginative characters ranging from a crocodile-magician hybrid to a banana-stealing monkey. I was engrossed by the adventures dreamt up by children armed with pens, paper, and endless enthusiasm. The final video, with all of the different animations, shows the range of stories which came out of two days of imaginative fun.

The following week I went along to help facilitate the Costume Design Days, which were yet again a hive of creativity! The children drew their designs and then picked out the fabrics which would bring their drawings to life, and although not all of the designs could be replicated exactly (a completely accurate unicorn costume was slightly beyond my sewing expertise!), the fabric scraps were transformed into an array of fantastic costumes (including a unicorn horn – it’s amazing what rainbow sequinned fabric can become!). Watching a fairy princess (complete with magical cape) playing tag with Deadpool at the end of the workshop was slightly surreal but very entertaining!

The final workshops I worked at were the Music Tech Days, led by Paul Midgley of Twin Wave CIC, which were the noisiest workshops I attended! It was amazing to see the children getting stuck in and making all sorts of sounds, with bursts of laughter erupting when Paul manipulated their voices through the microphone to sound silly, and looks of wonder appearing when Paul showed them how to play the invisible instruments, which worked through invisible lasers which made sounds when the children moved their hands and broke the paths of the laser beams. We also set up a junk modelling table, where the children could create their own instruments from materials like bottle lids and elastic bands, and helping the children repurpose the ‘junk’ into instruments they used alongside the drums and technology Paul had brought along really showed how a little imagination and creativity goes a long way.

The final part of the summer programme at Creative Workspace was Make a Play in a Week for 8-12 year olds , and although I was not involved in facilitating it I was invited to watch the final performance as a farewell to the internship. It felt bittersweet to watch the show knowing my internship was coming to an end, but as I watched the children fashion the sea out of scraps of blue fabric, and search for land from a submarine created from desk chairs, all whilst promoting themes of friendship, I felt prouder than ever to have played a small part in working for this incredible company.

Thank you so much to Gill and Paul for hosting me as your intern, I hope I can return soon to help out at future events – you haven’t gotten rid of me yet!

P.S. Gill would like to say that Elle was an utterly fantastic intern. Hard-working, full of initiative, unflappable and a natural at inspiring children to explore their creativity. We have already found ways for Elle to continue to work with us. Elle will soon be attending some training with Gill to learn ways to  facilitate creative activities for older members of the older  community, and we very much hope to have Elle back at Creative Workspace very soon.